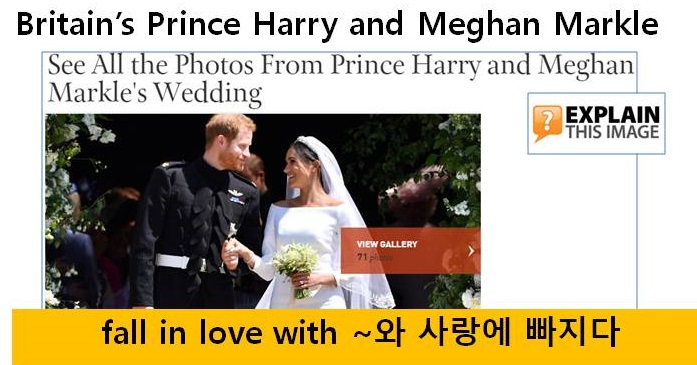 1.Describe what you see in the picture.

2.Who are the people in the picture? What important event is it?

3.Who is Prince Harry? Did the prince marry a princess?

4.What did the bride wear during the ceremony? Did she also come from a royal family?

5.How long did it take for the cake to be made?

Congratulations to Britain’s* Prince Harry and Meghan Markle!
On May, the couple got married.
Britain's Prince Harry is the grandson of Queen Elizabeth II.
But he did not marry a princess. Instead, he  (fe​ll in love with  )the American* actress Meghan Markle. So, many people were surprised.
The wedding ceremony took place at Windsor Castle* in England.
It is the home of the British royal family.
Millions of people watched the wedding from home.
During the ceremony, the bride wore a stunning white dress. Meanwhile, the groom wore a navy blue military uniform.
One British baker made a huge cake for the couple. It looks just like Harry and Meghan. It took her 250 hours to make the cake.